Book: Are You in the Game or in the Way?

Are You in the Game or in the Way?

The guy who should be at the forefront is often in the way of the program getting off the ground.

·         Is fear or a sense of inadequacy keeping you from starting such a ministry?

Pastor Ross Holtz tells his personal story of how he became a catalyst for growth, instead of an impediment will inspire pastors and men’s ministry leaders.

What works, what doesn’t, and what is required in forming a vital men’s ministry. Practical and honest teaching filled with relevant and tested examples from recognizing the problem to finding the fix. 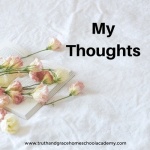 I think many churches put more emphasis on women’s ministries possibly because women have a greater desire for that type of community.  However, as I read this book I thought about the various churches we have attended through the years and the ones with men’s ministries.  Then I spoke to my husband about his feelings about men’s ministries.  I recognize men’s ministries need to focus on activities that relate to things that men are interested in doing.

I also appreciated how he emphasized the importance of the pastor taking an active role in men’s ministries.  Because as he stated, men are more likely to be involved when they feel like the pastor thinks something is important enough to attend.

So check out this book for yourself.

Geoffrey Ross Holtz, DD, is founding and senior pastor of The Summit (ECFA) in Enumclaw. He was awarded “Pastor of the Year” in 2014 by the National Coalition of Ministries for Men. Ross and his wife, Athena, the founder and publisher of Redemption Press, have a blended family of eight adult children and seventeen grandchildren and enjoy time spent sailing.

There was a show on television, maybe still is I guess, called Overhaulin’. The plot of the show was that each week they would sneak a person’s car away from them, with family help, and overhaul it to make it really cool. It was every car-guy’s dream; to have someone restore a vehicle for you, that was special to you. And to restore it at their expense; Wow, doesn’t get cooler than that.

I never was on that show, but I have a story that I want to tell you. It was late summer in 2014. I had just remarried after having lost my wife of 49 years awhile before. The church that I pastor was having a car show as a community outreach on this particular Sunday. The day had started out rather weird. Several people seemed to be inordinately interested in my movements and where I was going to be as we set up the show.

“Oh, Ross, you need to go into the church, someone is looking for you.” Or, “Hey Ross, would you run get this for us across town?” Yeah, weird things. But I obliged and made myself scarce for the time leading up to the church service before the car show officially started.

So, we do the obligatory service; it ends, and my new wife and I start walking through the grassy field looking at the custom and restored vehicles that had come to the show. I, as is my style, was meandering along the cars talking to people I knew and folks with their fancy cars. Athena, my wife, seemed to be hurrying me along which was not like her at all. And, which was like me, I was just strolling along enjoying the cars.

Then, down the row a few cars, I spot the open hood of a 1961 Chev pickup. That year had a very distinct hood which was used only one year. “Oh, look at that. I had a truck like that years ago. Wow, and look at that, it’s yellow. Isn’t that gorgeous.” Funny, I failed to see the horde of people and cameras set up in front of that vehicle, all looking towards me.

Anyway, I hurriedly moved towards it and recognized it as a limited addition of that year’s Chevy truck. I said, “Hey look at that. It’s the same model that I had. That’s not your normal ’61.” I wondered if someone had restored my old truck.

I must give a bit of back story on my old truck. It had been purchased new in Los Gatos, California by my dad. He had needed someone to drive it home so he pulled my out of school to do that. I was 14. My father was not a stickler for legal technicalities. So I was the first to drive his new truck. It was new, but it was ugly. It was painted an ugly shade of puce. I mean it was really an awful color. My mother called it “Rosebud” because it reminded her of some kind of flower.

In 1975 my dad gave me the truck because he had no further use for it. So I drove it until about 1988 when it was totally worn out. So I sold Rosebud to a friend named Randy who had plans to restore it eventually. I sold it with the understanding that if he should he ever sell it, I’d get first right of refusal.

Fast forward Twenty-five years. A bunch of guys were sitting around a campfire talking and Randy announces that he’s moving to another state and getting rid of everything he owns.

“What about my truck? Are you taking it with you?” “Oh,” he said, “I gave that truck away a while back.” Those who were there said I looked disappointed, or something. I don’t remember feeling that, but it was said.

Now, back to the story. I was looking at this beautiful truck, wondering if it was the same truck, when I saw Randy on the other side of it. “Randy, you son of a gun, you restored my truck.” He said, “It’s your truck.” “Yes, I can see that. You’ve done a beautiful job with her. But why didn’t you tell me?” He said once more with strong emphasis, “It is your truck.” “Are we playing games?” I wondered out loud. And, to make it more cruel, someone had entered the truck in the show under my name. That wasn’t nice.

I was not very situationally aware at that moment. I didn’t see all the cameras and people that were focused on me. People were laughing and cheering. I didn’t notice. I was focused on the pickup that had been my dad’s. It took them four or five time to finally get across to me that this beautiful bright yellow, completely restored truck was a gift from the men of the church to me. Randy had given it to the men’s ministry of The Summit with the request that they make it new for me as a gift for nearly 30 years of ministry to the church. Dozens of men had spent 18 months completely disassembling and rebuilding it from the ground up. It now had a fresh corvette motor, disc brakes, power steering, and a custom paint job. I had been Overhauled. Not by Chip Fouse, but by a group of men, and boys, who cared enough for me to invest months of blood sweat and tears. Not to mention the thousands of dollars it took. I wept. I still weep when I think about it.

One final part of the story that needs telling. I remarried after Cathy died, as her instructions (another story). I guess I didn’t wait long enough for some people, or something. People, about 100 people, abandoned me and left the church. They might not call it abandonment, but I do. I asked some of the more prominent people, “Is there a sin issue here?” “No,” They said, “We just don’t think it’s good for the church for you to remarry.” As you might imagine, it was an extremely painful time for this 67-year-old guy. I had found another person to finish off my life with, which I didn’t think possible, and some people considered it wrong for me to do. They didn’t consider my feelings, and needs, only thinking of  theirs. Or so it seemed.

But all the while this tragedy was taking place, a whole bunch of good and committed friends, were investing their time and efforts, in secret, to rebuild my dad’s old Chevy truck. All the time I was in such pain, these good men were giving up evenings and weekends to do this wonderful thing for me. Isn’t that like God? Sometimes while we are in the dregs of misery, He is working, unseen, to bless us, to encourage us, and to show His love for us.

To celebrate his tour, Ross if giving away a $50 Amazon gift card and a signed copy of his book!!