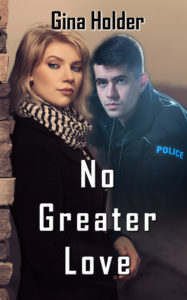 She said she’d never love a man in uniform.

Paige McDonald collects antique literature and works at the largest bookstore in Portland, Oregon. When her grandfather, a firefighter, was killed, she vowed never to fall in love with a first responder. An old Bible leads to an unexpected discovery and disrupts everything she knows about herself, her family, and God. Her desire to know the truth sends her to the town of Whitman directly into the radar of Patrol Officer Hamilton Bryant.

After the loss of his best friend and fellow officer, Hamilton vowed never to marry. He won’t risk leaving a widow. Instead, he reserves his passion for serving his family and the town he’s sworn to protect. When a series of robberies and threats against the mayor correspond with Paige’s sudden appearance in Whitman, their paths intersect. 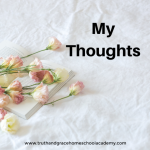 Imagine growing up believing the man you lived with was your grandfather.  Then imagine as an adult, you discover long after his death that you were actually an orphan he took in and adopted.   This is exactly what happened to Paige McDonald.  I found her interesting to read about from the very start of the story.

Hamilton Bryant exemplifies an individual devastated by the loss of a friend and fellow officer who emphatically refuses to marry.  But when the paths of these two cross, everything they thought they knew and desired changed.

The mysterious robberies and threats against the mayor tie into the time Paige arrived in Whitman.  I found myself unable to put the book down until I had read the conclusion of the book.  So if you like books with mystery, check out this book for yourself.

Gina Holder completed the Long Ridge Writer’s Group “Breaking into Print” course and graduated from Faith Bible Institute. In August 2017, she published her first novel, Whither Shall I Go. She is active on Facebook, Twitter, Instagram, and Goodreads. Her Website and Blog is found at http://storiesbygina.wordpress.com.

She lives in Colorado with her husband and daughter. When she’s not working on her next novel, she enjoys reading, watching movies, singing, and playing the piano and organ.

For Him and My Family, July 19

To celebrate her tour, Gina is giving away a grand prize of a signed paperback copy of No Greater Love and Whither Shall I Go plus a $50 Amazon gift card!!

Be sure to comment on the blog stops for nine extra entries into the giveaway! Click the link below to enter. https://promosimple.com/ps/e54f/no-greater-love-celebration-tour-giveaway

5 thoughts on “Review and Giveaway for “No Greater Love””