After her husband’s death, Rachel Gray is finally free from the turmoil his addictions caused. She wants nothing more than a new life with her twelve-year-old son. If she can reach her brother in the wilderness of the Canadian territories, they’ll have help to start over in peace. She knows better than to put her life in the hands of another man, but she never expected the Montana mountains to be so treacherous. When two brothers invite her to join their small group traveling to the same area, she refuses. After she and her son narrowly escape a bear attack, she’s forced to admit they need the safety of numbers in this untamed land. If the men prove dangerous, she can always leave with her son and strike out alone again.

Seth Grant has made some bad choices in his life, but God healed him from the addiction that mired him in his sins. Now, he’s determined to live the life God called him to, starting with a journey northward to see the Canadian mountain both his brother and sister have fallen in love with. When he discovers the woman and boy who plan to travel the same mountain trail, he can’t fathom why she refuses to join in the safety of their larger group. Though her decision seems unwise, he has no other choice but to pray God provides her protection.

Despite Rachel’s best efforts, she can’t seem to fight her attraction to the Seth—until a secret from his past proves he’s not at all the man she thought. When a new peril threatens her son’s life, she must choose between trusting in what she can control, or the man who her heart says is trustworthy, no matter his previous sins. The path she chooses just may determine whether she can step into the new life God has in store for them all. 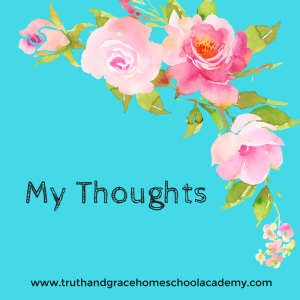 I have read many of Misty M. Beller’s books, but somehow I had missed this series.  This is the fifth book in The Heart of the Mountains series.  Although I had not read the previous books in this series, I had no trouble keeping up and following along with the storyline.  However, I do have to say that upon finishing this book, I have already pre-ordered the sixth book in the series and bought the first book in the series, I can read through the books in order.

Rachel Gray and her son have had a hard life and experienced much at the hands of her husband.  Upon his death, they begin to travel to Canada to find Rachel’s brother Henry.  Riding on horseback, they try to make their way alone.  Rachel is a strong and determined woman who pulled me into her story and caused me to want her to succeed.  She represents exactly the type of woman I think it took to make it in the west.

Seth Grant and his twin brother Samuel are seeking to find their older brother and sister who had already moved west.  During the course of their trip, they come across Rachel and her son.  The immediate response of offering protection and assistance to the Grays touched my heart.  Both men offer true examples of what a Christian man should be like.

Truly this is a book that is worth reading.  My only complaint would be the somewhat abrupt way the book ends, which would be fine with me if I could go ahead and read the next book in the series.  So stay tuned, I promise I will back with a review of the next book in this series.

Misty M. Beller writes romantic mountain stories, set on the 1800s frontier and woven with the truth of God’s love.

She was raised on a farm in South Carolina, so her Southern roots run deep. Growing up, her family was close, and they continue to keep that priority today. Her husband and daughters now add another dimension to her life, keeping her both grounded and crazy.

God has placed a desire in Misty’s heart to combine her love for Christian fiction and the simpler ranch life, writing historical novels that display God’s abundant love through the twists and turns in the lives of her characters.

I don’t know about you, but my life can get crazy…busy…chaotic. Historical fiction gives me a haven, allowing me to immerse in a simpler time and place. Add in remote mountain settings—log cabins and horses and snow…what could be better? Sometimes I wish God had let me live a couple centuries ago, but then I remind myself He knew exactly what He was doing. I don’t do well without a shower every day. 😊 And He even lets me go back to that simpler time through stories!

If you’re reading this, you probably enjoy immersing yourself in a good book, too. Story can be such a powerful thing! Becoming an intimate part of the characters’ lives, feeling their struggles—the desperation, the elation, the emotions, the love.

I enjoy reading and writing Christian fiction because it provides a place where I don’t always have to be concerned about inappropriate language or too-graphic love scenes. It’s a “safe zone” where my imagination can escape, living out exciting times and experiencing God-orchestrated happily-ever-afters—without having to clean-up at the end of the day. Can you relate?

I’m excited to share my latest Christian Historical Romance story with you, and hope you enjoy it as much as I loved writing it!

The Power of Words, December 29

Through the Fire Blogs, December 29

Among the Reads, January 3

For The Love of Books, January 3

To celebrate her tour, Misty is giving away a grand prize of a $50 Amazon gift card!!

Be sure to comment on the blog stops for nine extra entries into the giveaway! Click the link below to enter. https://promosimple.com/ps/d9bc/this-homeward-journey-celebration-tour-giveaway