Today is day 18 of my series – 31 Scriptures of Love, Hope, Joy, and Faith.  Today’s passage comes from the book of Job.As children of God, we should constantly find ourselves shouting with joy.  But because we are humans who are susceptible to sin, that doesn’t always work.

So what brings you joy?  I would love to hear from you.  If you would like to read my other posts in this series, click here.

I love adding Christian audio drama to our family’s listening time, and so I was thrilled to receive the 2-CD set of St. Bartholomew’s Eve from Heirloom Audio for our listening pleasure.  For many years, we have enjoyed spending time listening to audio dramas either on the radio or on CDs or from digital downloads.  Heirloom Audio Productions excels at creating family-friendly dramas based on the books by G.A. Henty.  These books capture the hearts and minds of our family.  The stories, actors/actresses and music provide an incredible combination for capturing your family’s imagination.

Heirloom Audio always does a remarkable job of producing engaging and entertaining audio dramas the whole family will enjoy listening to either at home or while traveling.  The dramas are primarily designed for children ages six to sixteen, but our entire family enjoys listening to this type of Christian audio drama. Our family personally prefers listening while traveling as it breaks up the monotony of any trips we take.  The two CDs provide over two hours of listening entertainment.

St. Bartholomew’s Eve opens with G.A. Henty meeting two young men who have slipped out of a church and plan to do some exploring.  The one boy wants to show his cousin some sights.  G.A. Henty reminds the boys about those individuals who died in the past so the boys could have the freedom to worship God. 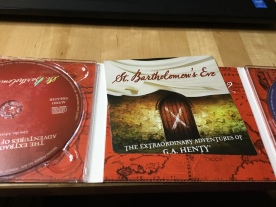 The story then segues into the tale of an English boy and his French cousin in 1567.  The English lad has come to France to help support the Huguenots.  Because the Huguenots have ties to John Calvin, upon whose ideas the Primitive Baptist Church which is our church affiliation, our family felt a certain kinship to this story.  From the opening through the difficulties encountered by Francois and Philip to the death of one of the two, the story kept our interest the entire time. 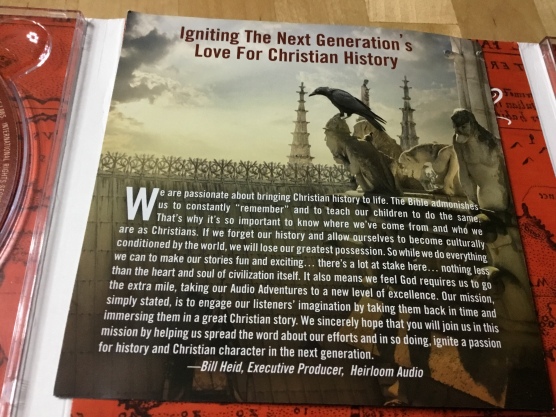 Another portion of the story that really drew our family in was the discussion of the young child who Philip and Francois rescue.  They become concerned about whether a Catholic Frenchmen who comes to their aid can be trusted or not.  This led us to have a discussion about those individuals who provided assistance to the Jews during World War II.  We discussed how being of a particular faith does not necessarily make individuals untrustworthy or evil.  Many individuals during the time of the St. Bartholomew Massacre provided assistance to the Huguenots even though they were Catholics.

The St. Bartholomew’s Massacre took place during the reign of King Charles IX under the influence of his mother, Catherine de Medici.  The assassination of Huguenot Protestant leaders in Paris set off a massacre of tens of thousands of Huguenots all across France.  It seemed eerily similar to the deaths of the Jews during World War II.

In addition to St. Bartholomew’s Eve, our family has also had the privilege of reviewing, Wulf the Saxon, In the Reign of Terror, and Captain Bayley’s Heir.  You can check our reviews by clicking on the titles. 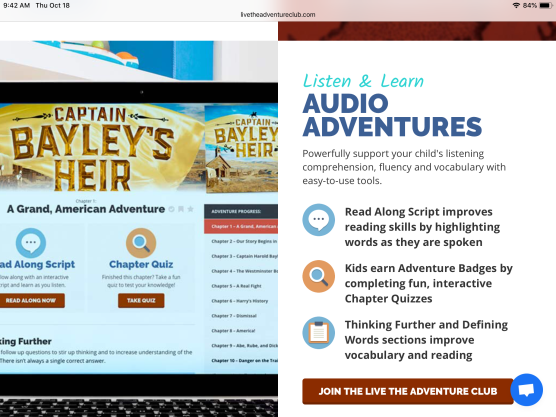 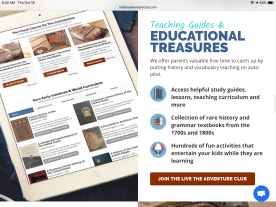 So if your family enjoys radio drama, check out St. Bartholomew’s Eve from Heirloom Audio  for yourself.  If you would like to read reviews by other members of the Home School Review Crew, click here or on the graphic below.