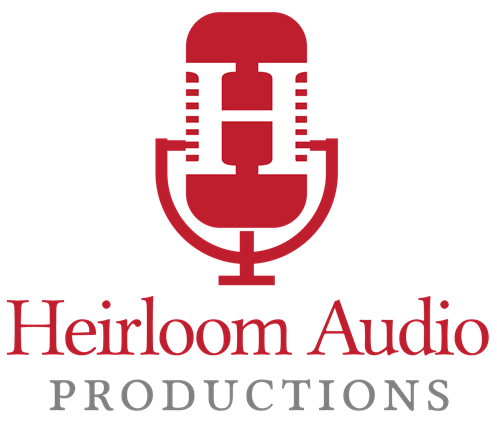 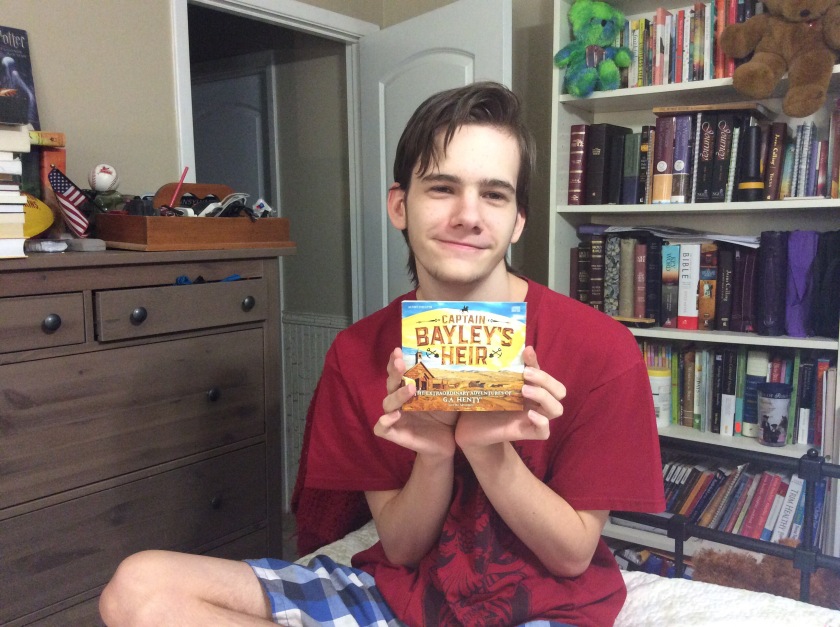 Our family absolutely loves listening to audiobooks – especially when we are traveling.  So I was thrilled for our family to have the opportunity to participate in this review.  Heirloom Audio Productions brings another G.A. Henty novel to life with Captain Bayley’s Heir!  The quality of this audio drama is fantastic.  For the purpose of this review, we simply listened to the audio drama.  The listeners are pulled into the story which begins in England, but tells of the Gold Rush in the United States and includes visits to various countries in Europe as well.  This is our second review of a production by Heirloom Audio Productions and we enjoyed it as much as our first.

This two-and-a-half hour audio drama begins with a conversation between G.A. Henty and a young man while they are traveling together.  The young man mentions that he is in love with a young lady who is a Christian.  However, he is not.  During the course of their conversation, G.A. Henty mentions that he writes books, so the young man asks for G.A. Henty to tell him a story.  This story brings out the boundless grace offered by God if we are only willing to take it.

G.A. Henty proceeds to tell the story of a young man in England who encounters various individuals and his life.  Frank is the nephew of Captain Bayless and has a cousin named Fred.  He also is good friends with a young lady named Alice.  Frank encounters another young man named Harry when Harry’s dog needs to be rescued from the water.  Frank heroically saves the dog.  They become friends and Frank discovers Harry’s birth parents had passed away.  So Harry is living with another couple who were generous enough to take him in and give him a home after his mother died.

This story contains many twists and turns.  Those twists and turns include Frank finding Harry’s adopted mother a job with his uncle.  Frank is accused of a crime he did not commit.  The headmaster of the school accuses Harry of stealing from him in addition to “going out of bounds” by leaving the school campus, which results in him getting into a fight.  He begs his uncle in a letter to show whether he believes Frank is innocent.  When Captain Bayless fails to respond, Frank and Fred determine the best course of action is for Frank to escape to America.

This drama wreaks of action and adventure as well.  From a terrifying encounter on a boat with a storm and a tree to an encounter with Indians, along with stagecoach robbers.  This drama does an amazing job of painting what life was like in America during the time of the Gold Rush.  The friends Harry makes truly make this story memorable.  Also, the use of “Amazing Grace” frames the story to perfection.  While faith and the Bible are not shoved in the face of those listening, the role of faith is made clear. 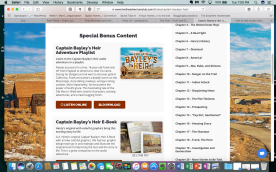 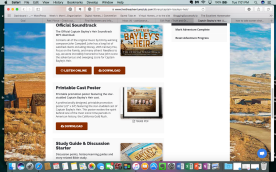 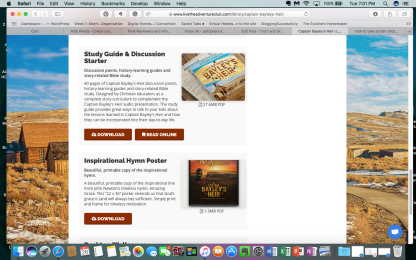 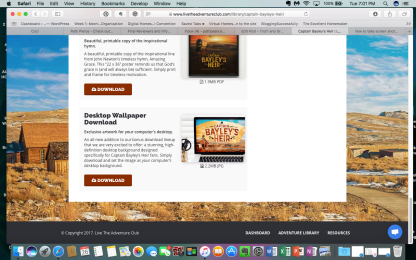 The questions are broken down by disc and tracks on the CD.  The questions include questions for listening well, thinking further, defining words along with opportunities to expand learning and Bible Study as well as additional resources.  Here are some screenshots of pages from the Study Guide.  While our family did not use the study guide this time, I plan on everyone listening to the audio drama and utilizing the study guide and other resources at that time.  Heirloom Audio Productions has done an amazing job with this audio drama.  If you would like to read our review from the first product, you can click here for our review of “In the Reign of Terror”.

The “Live the Adventure Club” offers the ability to see the selections you have purchased along with the bonus material, kids activities, and games, educational treasures as well as other educational resources.  When members click on their listening library, they can select from listening to the audio drama online with the ability to answer online questions, take quizzes, listen to the soundtrack, view or download the e-book, print a cast poster or inspiration hymn poster, download desktop wallpapers, and utilize the study guide and discussion starter.  Once your family has completed the drama and the online activities, you have the ability to print a completion certificate.

Or if you would like to read other reviews of “Captain Bayley’s Heir”, you can click here or on the graphic below.