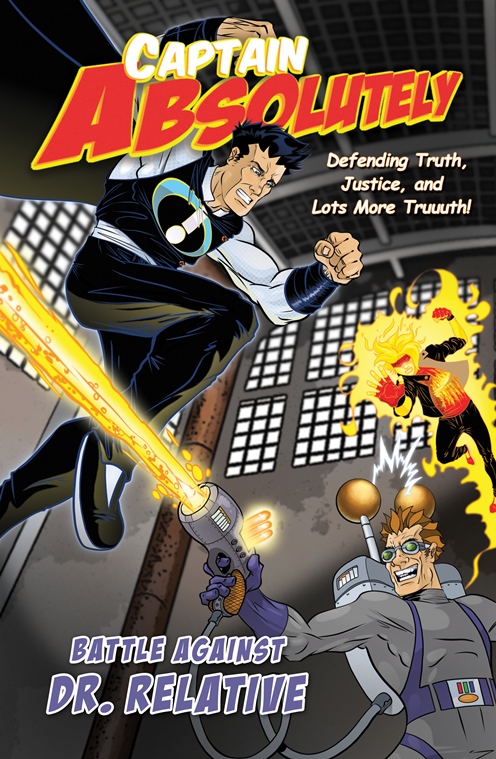 My children have enjoyed reading comic books for a while now, so I was thrilled to have the opportunity to Captain Absolutely from Focus on the Family.  For this particular review, I decided to have our 16-year-old son read the book.  He was excited to begin reading it.  This comic book has action and deals with the issue of ethics. 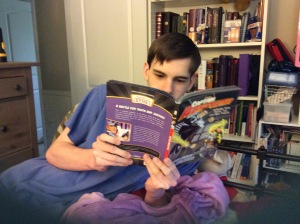 Here is his summary of the book.  In Metropolitanville, ownership of a Bible is illegal.  Josiah King was working at the library when his friend, Darren Gray (who also works at the library). dropped a sunflower seed, his favorite snack, into the main computer.  This computer ran on nuclear power from the city’s main reactor.  Josiah gets flung into a room full of Bibles, which he reads while radioactive fumes fill the room.  Josiah is transformed into a superhero, Captain Absolutely, with the help of Hana, a teenage girl who owns a fire suit, he must battle evil villans and defend God’s truth. 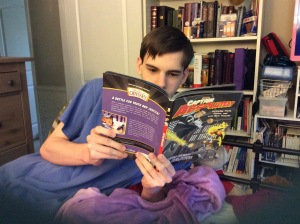 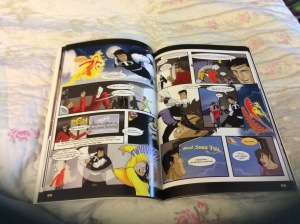 His favorite character was Hana because she comes in around one-third of the way through the book.  She serves as Captain Absolutely‘s sidekick.  He felt like she was one of the most realistic characters in the book.  He also felt that Hana’s mom was a very likeable character.  When Hana’s mom went against Captain Absolutely, it was for understandable reasons, so you still liked her.

While he liked Captain Absolutely, my son felt he was almost “too good”.  But from listening to my older sons talk and watching some movies made from other comic books, I think that just goes with being a super hero.  After all, super heros as in comic books do not exist in our real world.  My son also declared there were times when Captain Absolutely felt real.

He felt that most of the villans felt fake with a few exceptions.  Again, I feel like this goes along with the comic book genre and the villans portrayed in them.  Since comic books are imaginary to begin with, a lot of leeway is found in these characters.  The two villans he liked the most were Fear Chemist and to a certain extent Dr. Relative.  He also liked Nurse Grudge, even though she was not a real nurse.  She seemed to really try to help people in trouble until real help could arrive.

One of the features I really liked about Captain Absolutely was found at the back of the book.  A list of many of the characters is provided with information about them.  This allows the reader to find out things about characters if they want to read a short blurb about them. 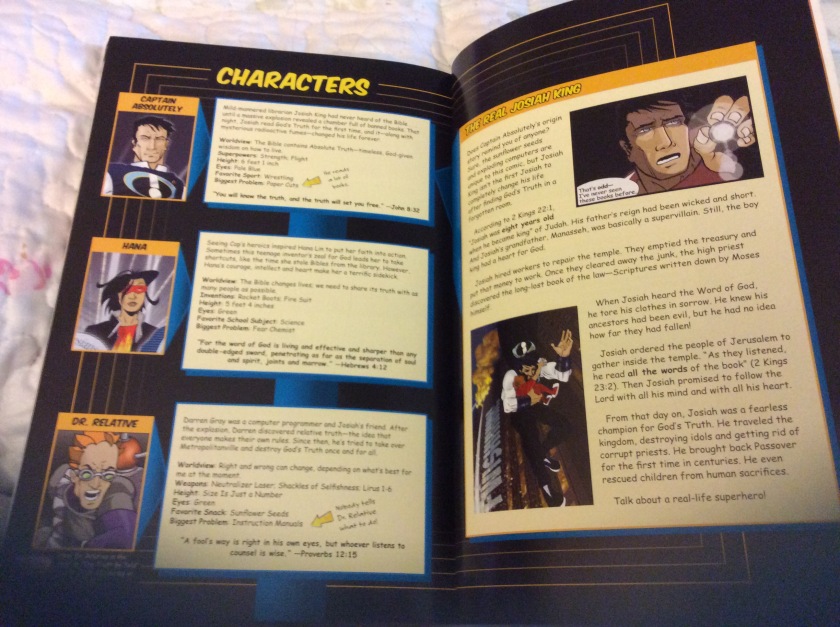 All in all, I feel this is a book worth reading.  As fans of Focus on the Family, I am glad to see them introduce a comic book for those that like and connect with that format.

If you would like to read more reviews of Captain Absolutely by Focus on the Family, click here or on the image below.

You can find Focus on the Family on social media at